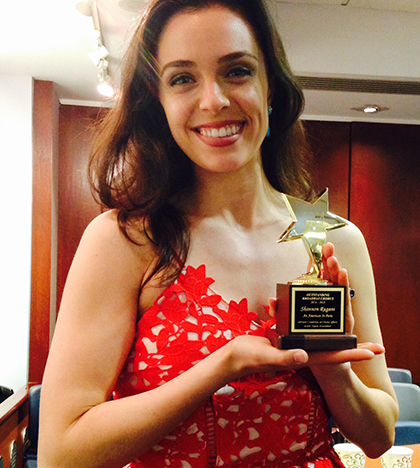 Congrats to the American In Paris Ensemble! 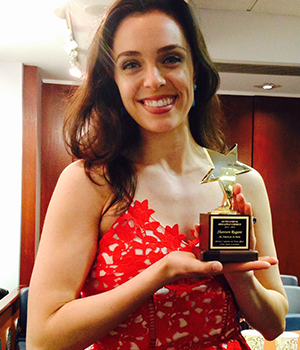 The ensemble of An American In Paris won an award for Outstanding Broadway Chorus by the Advisory Committee on Chorus Affairs (ACCA.) The honor is the only industry accolade of its kind and honors the distinctive talents and contributions made by the original chorus members of a Broadway musical. The award has been given annually since 2007.

It was a privilege to be given a trophy and to be acknowledged by the Broadway community as the Outstanding Broadway Chorus. I keep my trophy in my dressing room at the theater to remind me that hard work pays off. I am proud to be a part of this incredible cast full of stars!

After dancing with the San Francisco Ballet for eleven years, Shannon
Marie Rugani is currently making her Broadway debut as an original
ensemble member in An American In Paris and is the understudy for Lise Dassin. Shannon is a native California girl hailing from South Lake Tahoe, California and has been in love with ballet since she was six years old.

How To Stop Comparing Yourself To Other Dancers

Actively Recovering in the Classroom